Bored Running Update amid the pandemic….. 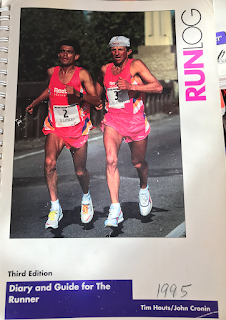 Kind of bored. Not like going out of my mind crazy bored, but mostly just bored. Not like sheltering in place bored, just bored. Bored like a guy who does this “be in the house” thing all the time when he isn’t traveling and teaching. You know, bored.

I’m so bored in fact, that having crashed the 30 mile barrier this week, I wondered how badly this running year is going compared to others. But first, let’s catch up:

My knee is “stable.” What that means is some days are good, some days are not so good. I passed on the Dec 1 knee replacement date. The reasons are chronicled here, https://richsandsseminars.com/2019/12/yesterday-i-woke-up-on-the-couch/, so no need to dwell.

The sensation in my knee is different than ever before: a lot of the time it just feels like there is nothing holding it together. I’ll pivot and it seems like it’s either way behind or way ahead of the rest of me. Weird. It has been a struggle to walk/jog (lovingly called WOG), as it is SOOOO boring beyond all belief and other forms of aerobic activity just don’t do it for me. Having said that, the last two weeks have seen a considerable uptick in my wogging, strangely associated with the Coronavirus.

Anyway, having CRASHED the 30 mile barrier this week AND….. having logged a whopping 219 miles so far, I thought I’d take a peak at the past and the miles logged between Jan 1 and the first day of Spring. In five year intervals, here goes:

While this was a nice boring jaunt into the past I am 99% looking straight ahead. Hell bent on getting this sucky knee out of here and moving to the next chapter of RUNNING , whatever that might be.