Rationalization: My Body Needed the Rest! 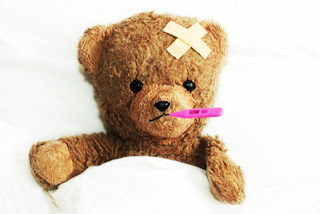 Eight days ago and four and a half hours into a flight from Lihue to LAX, I began sneezing: couldn’t stop. Upon landing in L.A. the sniffles jumped on the bandwagon and by the time I arrived in Denver, I should have known: I was getting sick.
“But I don’t get sick,” I always say although that’s not completely true as I tend to adopt a cold every year and a half or so. But that’s what I verbally send to the universe when symptoms arise and nine times out of ten, I don’t get sick! It works. This time, not so much. Saturday was exhausting, Sunday even worse and by Monday…. full on bad, bad cold.
When you are a runner with a cold, you have decisions to make. When you are a runner with a cold on a consecutive day streak, you have a bigger decision to make. Monday, when I felt absolutely like death was a better option than how I felt, I was at 422 straight days. I chose to run!
Historically, I run through most colds. Frankly, for me, it gets me outside, away from my germ filled self-environment. It also clears my nose (where my colds typically begin) and doesn’t hurt anything in the process, especially when I am free of fever. And I actually feel better after the run, at least for awhile.
I suppose I am obliged to mention that the last two months have been pretty good on the mileage front. I have averaged about 70 miles a week and continuously turn out long runs of 16-21 miles weekly. The last two weeks, however, have brought a plethora of the usual aches and pains associated with overdoing this kind of pounding, cyclical activity. Right hip flexor, right calf, left hammy and finally… right knee. The right knee got so bad that I resorted to icing it!
It is also worth mentioning, as well, that in the last month I have done considerable traveling. Nothing exciting. Teach a class until 5 pm, hop on a evening flight to wherever, teach the next day until 4 or 5: repeat. Maybe I sleep four hours a night, if I’m lucky. While I love teaching away from home, the traveling part is not only NOT glamorous, it is tiring. Through this little traveling stretch, the upside of this has been the consistency of my training. Two double digit runs in Yakima and Anaheim, one in Huntington Beach, Portland and Poipu.
Anyway, in retrospect, this was all leading to the Great Collapse of 2011. Today, seven days into the Collapse, I still feel pretty crappy but considerably better than two days ago. I have managed to run four miles a day and while I think that to be a monumental effort given my near terminal condition, I will look back on the weeks mileage with disappointment (although a good 40 mile run tomorrow could salvage the whole thing, but Dean Karnazes, I am not). Wise friends and acquaintances share that this particular cold going around is a ten day to two week version, so I rest with patience (not really).
A positive result of this little setback is that my hip no longer hurts, my knee pain has disappeared and my legs on the whole feel pretty good (although tired). Maybe, just maybe, my body has been telling me something. I just wasn’t listening. Of course, in 45 years of running, this is the first time I didn’t listen to my body’s messages.

2 thoughts on “Rationalization: My Body Needed the Rest!”