For Ideas Lasting Longer Than Four Hours, see a Psychotherapist 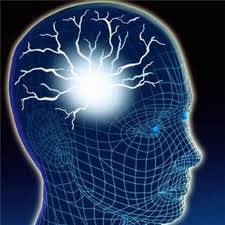 When a neighbor heard that I had done the unthinkable, actually run 21 miles, they asked this, “What do you think about for that long?”
First, thank God they didn’t say “I can’t even drive that far…” Next, I’ve heard this one before and usually my answer to this often asked question is some self invented cliche like, “anything and everything,” or “running,” or “nothing at all.” What I wanted to say was, “You’re awake 16 hours a day, what do you think about for that long?” But I didn’t (can’t get too flip with the neighbors). Instead I made the biggest fun mistake of all and answered the question in vivid detail.
It must have been brutal for them. They thought they were asking something simple like “how are you?” and was expecting an equally simple answer like “fine.” But, no. I went into the differences between a run like Monday’s, where survival and disassociation from soreness were the primary thoughts, to Saturday’s 10 miler in which I believe I nailed what is my next motivation-oriented class, or maybe even my next book.
So, I pontificated… “Well, first, there are people who associate when they run, they really get into their bodies and how it feels. Then there are the people who disassociate with the run. These are the ones who listen to music or a book or a podcast. For some reason, I have never been able to listen to music when I run, not sure why. Lately, I’ll go with a book or a podcast about running or something like that, but not very often. I mostly run in my head. Speaking of podcasts, they have some great ones at http://competitorradio.competitor.com/. Anyway, most of the time, like I said, I disassociate from the run by associating with my brain. Which, maybe means I’m not disassociating at all. Hmmm, I don’t know. I’ll have to think about that, maybe on my next run!
“You know, I blogged about this once,” I said. “It was early last year http://runspittle.blogspot.com/2011/01/rightside-running.html (“Doesn’t anybody read my blog?” – Barney Stinson). I do my organized, checklist kind of thinking in the beginning of the run. I’m more logical, sequential, informational. Early in the run, I am a WHAT kind of guy. I make lists, check things off old lists and I am organized beyond the capabilities of mere mortals. Once a few endorphins have been released, however, the thoughts become more simultaneous, more about context than text and I begin to look at things within a bigger picture beyond the lists and details. I become a WHY and/or a HOW kind of guy. It’s a beautiful time. Like I said, I’ve created entire classes, speeches and presentations on a good day and at the least, solved the world’s problems on a bad one.
It was apparent after a minute or so that my inquiring neighbor had bitten off a little more than their ears or mind could chew. At this point, I had a choice: I could release them from this auditory agony or remain in full verbal flight in the hope that I would never again be asked such an inane sort of question. I chose to press on.
“You know, I love what John Parker Jr. described in his running classic, Once A Runner. ‘When the trance broke and a word or phrase popped into his mind, his dizzy mind played with it like a seal with a beach ball, in a disturbing, gibberishly mad way.’

But of course, that beach ball thing is what leads to the good stuff. After the disturbing, gibberish, mad stuff comes the clarity.

“Clarity can’t be hurried and sometimes it doesn’t come at all. Some runs are simply mental gibberish. Now that’s not to say that I am unreceptive to life’s gibberish (well, I don’t have much use for politicians), I enjoy the random exploits of my mind’s beach ball. The good ones, however, produce quality stuff. On that ten miler, Saturday, I thought of this quote about hope…. geez, I wish I had written it down, or told my iphone. Oh well, it’ll come back – or not.
“I really like it when my run leads to something that winds up being a step forward. Saturday it was clear as it could be: The 4 Pillars. And then there was that hope thing – what was that….? It’ll come to me. Anyway, running is really sort of like a mental and physical performance enhancer.”
Then, like the executioner who decides there may be hope for this doomed person, and maybe they don’t really deserve this, I pardoned them from further lingual torment. But before we parted, I had to fire one last shot.
“Yeah….. it’s alot like sex. There’s all the fooling around before you get to the good stuff. And sometimes the fooling around is the good stuff. And sometimes it’s all good stuff OR not so good at all. Then you hope it’s not awkward and it really furthers the relationship in the end. For me, I really like the afterglow though, when I snuggle with my newest cognizance.

“Well, gotta go. I need to shower. Talk to you later.”

1 thought on “For Ideas Lasting Longer Than Four Hours, see a Psychotherapist”