Tempo Run! OR Where’s Tudor Bompa When I Need Him? 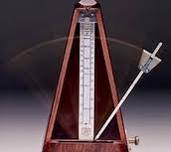 Yesterday I did a tempo run at Wash Park. It was the first real tempo run I had done in at least ten years.
Don’t get me wrong, I’ve run at tempo, with tempo and to a tempo in the last decade. What I haven’t done is an official tempo run. Perhaps, I could explain. (By the way, read no further unless you have an interest in training theory and methodology or clearly nothing better to do. Okay, you’ve been warned…)
I first learned of the tempo run in the mid eighties in a session with Coach Joe I. Vigil at a track clinic. It was introduced as a threshold run. Much of what was taught as cutting edge training theory and methodology at the time, had some of its origin in the work and subsequent landmark book, Theory and Methodology of Training by Tudor Bompa. As I made my way through The Athletic Congress’ (now the USATF) coaching certification program, I found more and more excellent coaches using and subsequently tweaking Bompa’s work.
In short (and I mean, short), Bompa discussed that there were two energy systems under which we operated as athletes: The Anaerobic System (under which he further classified the ATP-CP system – sprinting, and the Lactic Acid system) and the Aerobic System. From that he launched into how these energy systems respond to training and broke down how different percentages of maximum heart rate translated into different training effect. Bompa went into great detail about the components of training: volume, intensity, and density (or frequency) and wrapped it all up nicely into microcycles, macrocycles, annual plans and the periodization of training. Soon Bompa was the buzz of TAC and the coaching world in general.
Since then, many great coaches have further developed Bompa’s research and training methodology. One such coach was Jack Daniels. Daniels conducted research as well as hands on coaching of runners and has made great contributions to what we know about training. That brings us to the tempo run.
By the mid nineties, the tempo run began to catch on as a way to become better, more efficient, and move back the anaerobic threshold. All this lead to Daniels’ book Daniels’ Running Formula in 1998. For me, one of the original tempo run ideas caught on and worked best for both athletes that I coached as well as myself.
Here’s the drill: a good warm-up, perhaps some light stretching or drills followed by the tempo run. Then maybe some strides or pick-ups and a cool down. The tempo run was 18-22 minutes (I like to pick and stick with a number) at a heart rate equally 90% of your max heart rate (that works better for most of us mortals who have yet to be selected for VO2 Max or vVO2 Max testing). For none heart rate monitor people, it’s the pace at which you would race for an hour OR a pace where you can string together 5 or 6 words in a conversation but no more.
In 2000, in preparation for the Cincinnati Flying Pig Marathon, I did a tempo run roughly every two weeks. I found them a great way to focus during a somewhat quicker run and a great evaluator of my fitness growth as you will see.
My protocol was simple: Two mile warm-up, 20 minutes, heart rate 164-166 (at that time based on my age and resting HR), on the same course (which was FLAT), every time. It was essential for me to run the same amount of time, on the same course so that I could measure improvement. It was usually followed by a 4 mile cool down and then some light stretching. With no GPS available to me (how did I ever manage???), at the end of the 20 minutes, I made note of how far I ran. The next tempo run, I’d do the same.
In my 16 week training block prior to running the Pig (where I ran 3:10:34 at the ripe old age of 48), I ran five tempo runs. On the first two, I noticed running about the same distance. On the third I got a little farther. On the fourth, I looked at my watch at the light pole (the spot I had reached on the previous run) and saw I had 35 seconds to go (I use a 20 minute countdown timer mode). WOW a breakthrough! On my fifth and final tempo run, I reached the new target point with a whopping 1:30 to go!!! At that point I had ten days until the marathon and knew I was ready to go.
In this last decade, running accessories have come a long way. For me, and my tempo run, almost too far. On yesterdays run, my Garmin could report pace, heart rate, time, and pretty much everything under the sun. I knew exactly how far I ran in my 20 minutes. I will confess, it took some of the fun out of it. Perhaps, in my next serious training block, I will return to Boulder for my tempo runs and run the old course (although I probably don’t want to compare myself to that time at this point in my career).
Also in the last decade, the words tempo run have come to mean all kinds of different things. I’ve even read about people running two hour tempo runs (which would be difficult since a tempo run is run at a pace you could race for an hour). Nomenclature notwithstanding, it doesn’t matter. I only have to run what works for me and call it what I want to call it, so, whatever…..
In 2000, right before the Pig, I ran about three miles in my 20 minutes. Yesterday…. I did not! What I did do, however, was have a great run that was a good, but not overly killing workout. I’ve never lost a day of training to a tempo run and won’t today either.

Good to be on the way back! Long way to go….

2 thoughts on “Tempo Run! OR Where’s Tudor Bompa When I Need Him?”