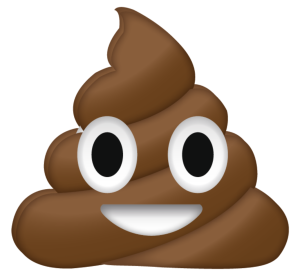 It was 4:15 this morning and I was lying in bed. The ideas were coming at break neck speed. One after another, after another. It was actually kind of incredible. By 5:05, I had to get up and see if any of these fabulous early morning, dawn breaking ideas, could survive the Do/Do gap.  Do/Do gap, you ask? Yes, the Do/Do gap. (he said DoDo – insert Beavis and Butthead laugh).

They (whoever they are) say that some people are idea people, and some are action people. I like to think I’m a little of both, or maybe a lot of both. The challenge is the Do/Do gap. My mind, as it races to solve problems, create opportunities, clarify issues, can generate a plethora of ideas. I can think of a great many things that I could/should/would want to DO. I just have to actually DO them. And therein lies the dilemma: Can I actually DO, the things I conjure up to DO?

The answer of course is yes! If you can think it, or dream it, or whatever that guy said in that inspiring quote, you can achieve it. The tricky part is how. How do I not forget that great idea? How do I squeeze my fabulous new idea into my already busy life? How do I actually DO it? The answer, my friends, is to filter your Do/Do. Run it through the Do/Do filter and see what comes out the other side. There are five steps to filtering your Do/Do.

1. Capture it. I could have the best ideas ever. The human brain is a magnificent piece of matter. My issue, and maybe yours, is that just because I thought it, doesn’t mean I will remember I thought it (especially when it comes to the whole thinking-in-bed thing). Some people who are very idea oriented, sleep with a notepad on their nightstand. Get an idea, write it down. Kind of old fashioned maybe? Well, if it worked for Edison…..   If paper and pen are not your thing, try applications like Taskworld, Trello, Evernote, or even the Notes app. Maybe the voice recorder app would be easier. The key is to grab this idea before it can get away (by the way, some folks believe that you do nothing right away and if the idea still emerges, it has filtered through and has value – eh, whatever works, right?).

2. Prioritize it. Take the idea and review it. Decide on a priority setting for it based on its urgency and/or importance. Is it something that needs to be accomplished soon, or can it wait a bit. Big deal? Little deal? Short term? Long term? The good folks at Inc. magazine suggest creating an idea resume in which you can break down the important points and be able to look at the entire picture.

3. Discuss it. Okay, you thought it, then wrote it down. Good job! Now, bounce it off someone. In your head, and on YOUR paper, your idea could be the next big thing. So, share it verbally. Find someone you trust to be objective: a mentor, coach, friend, colleague, and lay it out. Be careful with this step as some of your friends are negative, idea killing, pessimists. They should not be your target audience. It is important for you to verbally express your idea because: 1) you’ll receive feedback, 2) it always “sounds” different in your head than coming out of your mouth, 3) it will reinforce what you’ve thought and written down and may help you sort it out a bit more.

4. “Process” it. You’ve already processed it in your head, on paper, and verbalized it, now create a step by step action plan, a process. Decide the steps to the implementation your great idea. You could whiteboard it with little boxes and arrows. You could turn it into an action list. You could look at it in terms of a SMART goal (Specific, Measurable, Achievable, Relevant, Time-based). Create the plan from your head to action. Complete the bridge to cross the Do/Do gap.

5. Timetable it. Decide when it is to be implemented and when it is to be accomplished. In other words: schedule it. While some ideas may not be for immediate action, generally the sooner you begin, the sooner you realize the benefits of your idea. Some people, who might tend to procrastinate or doubt themselves, struggle with this final step. I say, Just Do It.

A word about that whole “Just Do It” thing. Many people believe that the operative word in that awesome slogan is DO. That, of course, would make it perfect for this little rant about Do/Do. For me, however, DO is not the operative word. I think JUST is the key to JUST Do It. Just might mean:

Thoughts, ideas, just keep coming. We, at least I, don’t ever want that phenomenon shut off. While some ideas have little use, others can be game changers. The key is sorting out the good from the bad, filtering it, and bridging the gap between Do and Do: the Do/Do gap.