Leadership and the Real Estate Biz 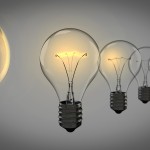 I talk for a living (well, that’s part of what I do). So do you in some way or another. Does that make us leaders?

While attending the RRC part of the NAR Convention in Boston I, like you if you were there, were subjected to the words of a plethora of real estate “leaders.” We saw them deliver speeches, we saw them in committee meetings, we saw them work the rooms and hallways. Some captivated their audience and could have led the charges into the coming year with power and might. Some merely talked the talk and found few listening or following. It made me think of Benjamin Zander.

Once home, I pulled an old book off the shelf to skim through. It was written by Zander, who if you don’t know was the world famous conductor of (ironically) the Boston Symphony Orchestra, and called “The Art of Possibility.” It concerned (partially) leadership and our role as beings on the planet. Zander said, “Every single interaction between two human beings is always a matter of leadership.”

At the age of 45, after 20 years of leading orchestras, Zander had a revelation. It was, “The conductor of an orchestra doesn’t make a sound, he depends for his power on his ability to make other people powerful.” Interesting….. and has, once again, forced me contemplate the role of the Realtor in and out of the transaction.

Now, I read the Orlando Association of Realtors 200+ roles of the Realtor and while it may have been there, I don’t remember seeing leader anywhere near the top of the list.

So where is the Real Estate Agent’s power? Is it in being the market expert, having closed countless transactions, or having the uncanny knack to persuade others? Maybe as Zander suggests, it is in making our clients powerful. Maybe it is allowing them to explore the limitless possibilities the interaction of a home sale can offer. Perhaps it is in making our clients/people powerful, that we become leaders – that we become the best possible Agent, or Sponsor, or Committee chair, or just; Leader.

It has been said that the goal of education is not knowledge, it is action (Herbert Spencer). So, maybe the goal of being a real estate agent, or office manager, or association officer, or CRS/RRC instructor is the empowering of others. Maybe the goal of leadership is to create leaders: people who take action. I don’t know, just thinking….

What do you think? What are you doing to empower, rather than create dependence? How are you leading?