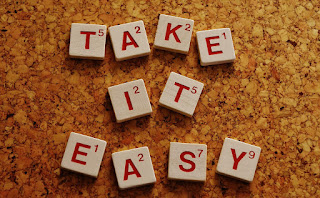 It’s been two weeks since I last wrote about this running thing. All in all, I won’t complain (notice I said won’t, not can’t). After 50 miles two weeks in a row, I logged 55 this week. That was equal to my best week in all of 2017 and it was pretty much uneventful. My knee sits consistently at a 2 on the 10 scale of pain. That would come under the heading of slightly annoying.

I suppose the semi-highlight of the week was the 16 mile long run yesterday. After two weeks at 14, bonking big time on both of them, I was very happy to cruise through the run. Even better was today’s 7 mile recovery run during which I had to constantly hold myself back to recovery pace. Not sure I’m used to feeling TOO good, right?

Slowly I’m coming out of slogging pace and starting to actually feel as if I am, at least, kind of running. There is a long way to go, but I like these little jumps in fitness. They’re a great motivator.

The Eugene Marathon is six weeks away. I suppose, I’m going to have to quit referring to it as that and call it the Eugene Half. 90% sure I’ll be dropping down. Interestingly, this comes at a time when I am actually beginning to believe that I could run the whole thing. While feeling that renewed little confidence to go 26.2, I know that I am much better off in the long run (pun intended) by holding back and just doing the Half. I’m enjoying training right now and don’t need the disruption of pre-marathon stuff dimming my attitude.

SO, Eugene HALF, probably Bolder Boulder, maybe Georgetown to Idaho Springs, and whatever…. leading up to October and the Chicago Marathon. Chicago is followed eight weeks later by the Cal International Marathon to close what I hope to be a fun year.

Until next time, as Eliud would say: run with the run.