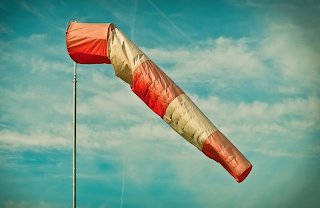 Well, long story short, I ran 45 miles this week. It’s not the 50 I was planning on but frankly, I’m pretty okay wth it. It was a week of 5 and 6 mile runs mostly with a 10 thrown in yesterday. It was the ten, that defined the week.

I did the usual thing I do in the morning looking out the window at a nearby flag to see how the wind was blowing. Hardly any. Then, again as usual, I check the temperature: 20 degrees, a freakin’ heat wave compared to the past few days. So, I throw on my long sleeve shirt, grab a light wind breaker and head out the door. Five steps out, I make a decision: Overdressed. Back inside I trade the windbreaker for a light fleece vest. Big mistake.

For loops between 7 and 10 miles, I go the same way almost every time. It’s out the door, down Chambers to Belleview; Belleview to Parker and then into the Cherry Creek State Park at Temple St. It’s pretty much downhill all the way into the park and a route I’ve been running for 10 years. Once in the park the shortest loop is 7. If I go into the woods (my favorite spot) it can go on for up to ten miles according to how I run the trails. Actually, I suppose it could go much longer if I chose to double loop. I rarely do.

I love the woods. I’ve run in a great many awesome places (see http://runspittle.blogspot.com/2018/01/thanks-runningusa-im-inspired-to-reflect.html for a list), but I have a thing for the woods. In high school, the last half mile of our cross country course in Elizabeth Park was in the woods. In college, the same thing in Rouge Park in Detroit. The goal was always the same in the woods, don’t get passed. In high school: never. In college: once.  I digress.

So this day in the woods, the noise began. First a steady WHIRRRR through the tops of the trees, followed by real live wind cutting right between every tree. Well, THAT doesn’t happen very often, I thought. Serenity gone. Then, it got even noisier. By the time I’d half looped my favorite loop, it sounded like one heck of a wind. And it was.

Normally, on a windy day I’d prefer to just stay in the woods and run in the protection of the trees. Maybe I can get airlifted out, right? Not so on the ten miler. Protection had given way to a very different swirling kind of wind. Strange. I did know, however, that once I emerged from the woods, unless something weird had happened, there would be a tailwind home. And there was.

Tailwinds are nice. The best ones give you just enough push to make a pace easier or faster without being a nuisance. This tailwind was not so nice. Yeah, it pushed, but at the same time, it was cold and a little inconsistent. Where’s my windbreaker? And it just kept getting stronger.

The great thing about emerging from the woods is that I was halfway home. Halfway is good because there is pretty much no turning back into it from there (wind pun intended although very lame). So I just went with it. The final half of the run was on an auto-pilot kind of thing that bounces between association and disassociation. I’m there, but not. Running, but maybe not. Pretty much just focused on getting home. And, I made it.

My knee is coming along pretty well (and pretty well/good is the new awesome). Most runs would be classified as somewhere between 1.5 and 3 on the 10 point pain scale. Given the miles on the poor thing, 1.5 might be as good as it gets. Nonetheless, one run at a time.

Looking to log 50 next week and then make some “racing” decisions.

Life’s better when we run. Run on.