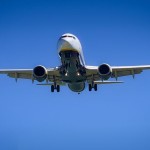 Over the Holidays my sons, step-daughters, grandkids and others came over to hang out and celebrate the season. December was also a time when I was fresh off several flights to and from a variety of destinations. With a head full of recent experiences with the various friendly skies of the airline industry, I was excited to deliver my guests the same level of hospitality that had been given to me.

Unlike a normal night at the Sands residence, this one had great importance as it was Christmas Eve dinner, a significant event in our family. We had a very pleasant evening but in retrospect, I believe it could have been SO much better had I showered them with what I will call Airline Hospitality.

The festivities were to commence at 6:30 pm. Had I been properly situated in the Airline Hospitality mode, we wouldn’t have been home when they arrived. There would be no key in a lockbox, no note on the door, no call or text and no idea of when we might bother to show up. They could, however, make themselves comfortable on the porch or in the driveway.

Upon their arrival, we invited them in, gave appropriate greetings and let them make themselves at home. Big Mistake! Had I been thinking Airline Hospitality, I’d have taken care of my wife Linda first. She is here at our place the most, did the cooking, and should be allowed in and made comfortable prior to anyone else being admitted. Then my sons could come in, but of course they have to wait. While I have been extremely close to them their entire lives and they have been faithful and loyal offspring, they haven’t been around as much lately, so their status is somewhat diminished. Next: step-daughters, followed by grandkids, step son-in-law and whomever. By the way, step son-in-law and any whom-evers would have to make do with whatever chair and space remained, if any existed, probably somewhere on the porch or deck.

Once allowed inside, Airline Hospitality dictates that I would rush everyone to the table, implying, of course, that it was their fault the festivities were late in commencing. Once seated, I would have them sit silently awaiting whatever might be next, only to find that for the next 20-40 minutes, nothing would come next. We’d just sit there. No explanation given, whether one was wanted or not.

Food and drink ….. boy, I blew it on that one. We actually had warm, plentiful food with adequate drinks for pleasure and consumption. Better would have been a bit of Airline Hospitality: maybe a 4 ounce cup, filled with eight ounces of ice and 1 ounce of a beverage of my choice (not theirs). And food ………. food? Yeah, right! No soup for you!

At the dinner table, our opportunities to chat with and catch up with one another, would have frequently interrupted with meaningless announcements concerning our evening and reassuring everyone that if, at any time, they needed ANYTHING, all they had to do was let me know (by raising their hand, being called on and reciting the Greek alphabet backwards before a match burned out). Bathroom? Uh, No, you can’t go just now…

During our time together, Airline Hospitality codes say that I would have conscientiously offered them access to my Rich Sands Seminars blog, Two Minute Tip, and maybe even the Rich Sands Seminar credit card, a fantastic deal with an APR of just 87%. Once the evening had come to its close (much later than anyone expected, of course), we would have misplaced everyone’s coats and bags, convinced them it was their fault and insinuated that we were God-like beings practicing Ritz-like customer service if and when it was finally found. Then, we’d rush them out.

Alas, none of this was to be. You’d think that on the very day, having received my own taste of Airline Hospitality several times, I would have been more willing to share the same. I did get one thing right, when everyone departed I placed a huge smile on my face and said, “Thanks for coming over. I hope you’ll come back soon.”

The difference is: I actually meant it.