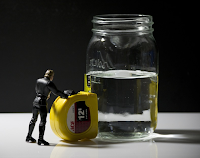 It would be one thing if 30 represented the number of days I took off for mental health, or as part of some sophisticated (or simple) recovery plan. No, these were 30 days when I couldn’t run. 30 days when my body was so beat up and/or injured that my best advice for myself was: don’t run today.

Two big injuries hampered 2015 and limited my ability to run as I would like. The first, a hamstring issue came pretty much out of nowhere in mid-March. It wasn’t like I had been logging a lot of miles or had just hit the track or a long run. I was casually cruising five or six miles a day and BOOM, major hamstring issues that lasted a month. Sixteen days, gone. 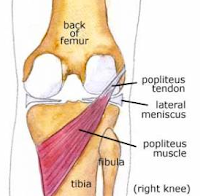 Then, in October, I first strained my popliteus muscle, a goofy little thing behind the knee. Just when I believed I was seeing improvement, I hyperextended that knee and BAM, fourteen days gone (four of them on crutches for crying out loud). I will confess, by the way, that I probably brought this one on myself. Fifteen straight weeks of 70+ miles might have been a little excessive.

One year ago, my first goal for 2015 was: “to run as many days as possible. I am not super big into streaks, but a good streak is a reflection of being injury free and without sickness.” Goal #1, not achieved. As a result of the injuries, Goals #2 (finish another marathon) and 3 (run my first ultra marathon) were also missed. Goals 4 and 5, by the way, were nailed. I hit the trails, mountains, seasides and such (goal 4) which totally helped mail #5 (to have fun).

So, let’s focus on the fun side (thank God he’s done whining). 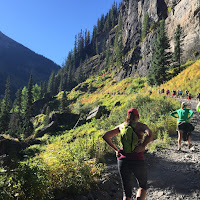 Mostly, 2015 was a year of shifting priorities. I enjoyed the trails so much more and so much more often (sorry about that one, English majors). Got my first real live grippy trail shoes (Salomon Speedcross 3) and enjoyed never placing a pair of Nikes on my feet, replaced by Brooks first and now Hoka One Ones for the road and urban trails (someday we’ll get into the anti-Nike thing after 38 years of being a dedicated wearer).

As a means of wrapping 2015 in a tidy, optimistic bow, here are my five favorite running memories of the year:

1. The North Face Endurance Half Marathon. This was supposed to be my Ultra debut. While the knee thing delayed my entry into the past-marathon distances, TNF was a blast. The whole area in and around the Marin Headlands is so gorgeous, the trails are very challenging, and trail people are so cool. I’ll be back in 2016! 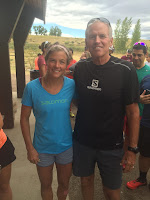 2. Imogene Pass Run. I didn’t even finish this one and it’s in the top five. First, an epic challenge to run that ten miles up the pass only to beat oneself to smithereens on the way down. Again, next year.

3. Mt. Bierstadt. In 1979 I ran the Pikes Peak Marathon. Other than that, I had never scaled a fourteener (and I live in Colorado!). So it was a fun, difficult day of running/hiking to reach the top at 14,065. Met some very cool people, great views. More 14ers in the coming year.

4. Fifteen weeks of 70+ miles. Yeah, even though this was a part of my undoing injury-wise, it definitely makes the list. I was on a nice consistent roll and for the most part simply could not stop. I would think, “well, I’ll cut back this week” and add up the miles and be at 70 or more. Not sure we’ll do this in 2016. 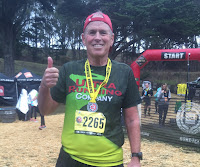 5. Ran with Emelie Forsberg. Well, I ran with her for a while (at least until I tripped on a rock and almost took her down with me). While Emelie was wonderful and is a present day icon of trail, mountain, and ultra running, the coolest part of this was running with a group of like minded trail runners and creating a celebration of the day. Also got some of that camaraderie in finding one of the best running stores of all time, the Ultra Running Company, in Charlotte, North Carolina. An awesome place, with fantastic people.

It’s was yet another year of mile logging. Ups and downs dotted the path. Those 30 days still bug me like you can’t imagine. But I’ll take just a little bit of self satisfaction for the 330 and move on to 2016.