There is a Reason They Call it the DREADmill 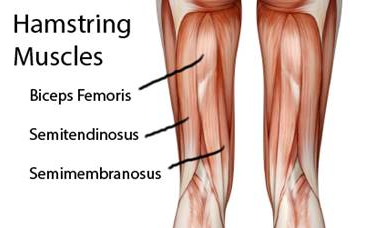 Well the last time I wrote here some two and a half months ago, a streak was over. At this writing I would LOVE if I were on a streak and it was over. I have run twice in the last three weeks. What’s the problem? Hamstring!,

Nothing happened. No trauma. It just got tight. I backed off. All to no avail. The discomfort got to the point where I always felt that if I ran a little harder, it would pull. SO, being the conscientious, wise runner, I decided to take a layoff. First a week. Tried things out, not better. Then another week.

This time I had a revelation. I thought, well, this hamstring is a problem when I extend, so what if I didn’t extend? What if I ran on the treadmill where you pretty much drop your legs down more than extend or lift them. Great idea!

The first 12 minutes went well. Then, disaster struck. I decided to take my shirt off (getting hot). So, again being the conscientious, wise runner, I maneuvered the wires on my headset, threaded them oh so carefully under my shirt and began the removal process. All went well until the shirt got caught and I began heading backwards (and there isn’t a lot of backwards on a treadmill).

My wife, Linda and I disagree on what happened next. I maintain that had there been nothing behind the treadmill, I would have slipped off the back, possibly fallen, but been pretty much okay. Unfortunately, there was a Swiss Ball lodged between the treadmill and the wall. When I hit it, it bounced me back. When I bounced, the treadmill (now quickly becoming the DREADmill) sent me back again. And so on and so on until I leaped to freedom.

Damage? Jacked up hamstring AND the biggest bruise of my entire life (covers the ENTIRE back of my leg butt to knee), a DREADmill burn that was huge (imagine a nasty floor burn), two other cuts and a bonked head (hard to damage that). And, to boot, a very damaged psyche.

That was a little more than a week ago. Tomorrow, I head to the Carlisle Reservation, a park near Elyria, OH where I have been the last few days. I’m going for a run. Wish me luck.

By the way, that audition I was hoping to land with OK Go? Forget it.
https://www.youtube.com/watch?v=dTAAsCNK7RA