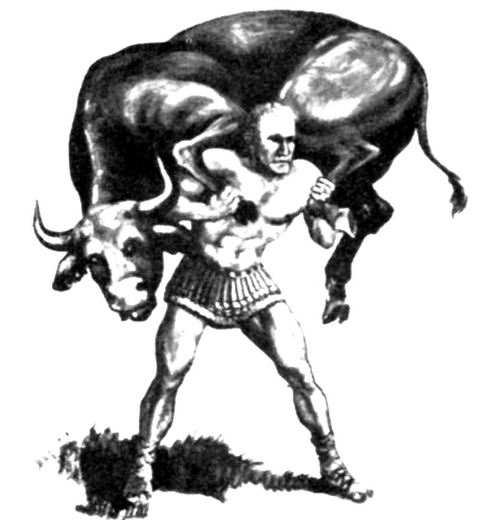 I didn’t run Tuesday. In my defense, I could barely walk my lower back was so stiff. But I didn’t run.

This unforgivable lack of commitment and total disregard for my 251 day running streak has twofold consequences. First and foremost (maybe) is the fact that my streak of nearly two-thirds of a year has ended. Perhaps, worse than that, I have now fallen 251 days behind reaching Ron Hill’s feat of 50 years straight without a day off (which I planned to achieve on my 113th birthday).

On the upside, striving to be the optimist, this morning’s strength and core session is the tenth of the year. Perhaps the goal for consecutive weightlifting days is in reach. Who holds that one anyway? Hercules? Arnold Schwarzenegger? That Milo dude who lifted the cow?

Actually I am pretty excited about the whole strength and core stuff. The hope is to establish a sense of consistency to the routine. Right now it is seven lifting exercises paired with seven core exercises. In another week, both are expanded. The key for me is doing the first lift. Once I’m there, I love it.

The snow has been consistent. No, not huge dumps that paralyze the highways and byways of the Denver Metro area, more like annoying 1-3 inch accumulations that make it impossible to see the ice hidden underneath. And they’re coming about once every four days or so. Thawed out, snow; thawed out, snow and so on. I am SOOOO not interested in slipping and going down a la last years head whacking.

Down the road, I have 9 days to register for the Cincinnati Flying Pig Marathon before the next price increase. Been thinking about returning to the Pig as it’s been a long time since my Boston Marathon qualifier in Cincy. It’s a fun race (run) with a great organization and having run the first two in 1999 and 2000, it’ll be cool to see how the event has changed. My race report from that day is at http://runspittle.blogspot.com/2010/12/recap-flying-pig-marathon-may-2000.html.

So that’s it. Stay warm and run on!