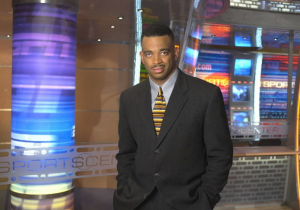 A great journalist and entertainer, Stuart Scott, died after a seven year fight with cancer Sunday morning. He was 49 years old. My sons grew up with Stuart. He was their introduction to sports from a perspective to which they could relate. He was different, he was fun, he was COOL.

Stuart Scott was more than cool, however, he was a leader. He was a Black leader in a business of salt and pepper haired white men who thought sports should be reported a particular way. He really was THE ONE who made ESPN cool (there’s that word again).

After witnessing countless tributes, farewells and memories in the days since Sunday morning, those of us who didn’t have the opportunity to meet him or know him as a person, have a better understanding of who this wonderful man was and the impact he had on those he touched. For me, and maybe for you, there are some lessons Stuart Scott leaves us for our businesses and for our lives.