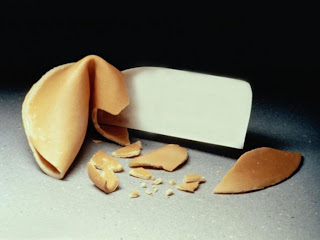 It‘s been two and a half months since I last blogged about running. That blog was written following the tragedy of the Boston Marathon.

April was completed with over 900 miles for the year and I was well on my way to my goal of 2700. I ran through my trips to California, Virginia, Alabama and Georgia. All systems were sort of “go.” Sort of.

Throughout the year, I have had this pain on the joint on the outside of my left foot. Because it’s mostly tolerable, It has not kept me from, as the post office would say, my appointed rounds. In early May, it worsened. Then, it spread over into my arch. It seemed like Plantar Fasciitis. Days before the Bolder Boulder, I was limping and on the Saturday before, I decided I needed to stop (and I am not good at stopping).

I have run for nearly 47 years. I have coached for decades as well. For the most part, I am self-diagnosed and self-treated. This time, however, no matter what I did the injury was not responding.

The first step, of course, was to take some time off. Ice and massage worked well and each day I could see progress. As soon as I’d try to sneak in an easy 3 miler, I’d get set back. So, 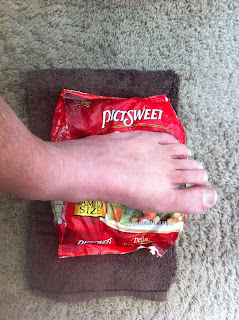 the next step of my misfortune, was to seek help (and I am not good at seeking help). I researched EVERYONE in an attempt to find someone who could cure my PF while understanding the nature of my obsession for running. I found Dr. Carly May (she got my vote when I discovered that she would be gone for four days in June working at the USATF Track National Championships).

Our first meeting was a lot of chatting about my history, mileage, and habits. Then a bit of ART (Active Release Therapy) and some dry needling. I learned I had tight glutes (I thought that was a good thing, it always worked for Jennifer Aniston) and began doing an exercise to loosen those pesky things. I would return in a week and we’d see how we were doing.

On that return visit, after the usual ART and needles, it was decided I would have my foot x-rayed. My overwhelming thought was that FINALLY I might find the origin of this problem. The results sent me a bit of a shockwave.

My foot wasn’t broken, nothing torn. The x-ray person did, however, see what he/she called “medial calcinosis,” and then added the kicker, “suggestive of diabetes.”

What? Suggestion of what? Hey, I know my Mom had diabetes and my Brother has it, but not me. No way. Immediately I set an appointment with my primary physician.

Long story short, my tests came back within the normal range. Once again, I believe, running 101,700 miles for almost 47 years allowed me to dodge a bullet. The scare factor, however, finally replaced bullet dodging with a cleaned up set of habits. The biggie: Pepsi. Sorry Pepsico, someone else will have to carry the weight (pun intended) for the company. It can no longer be me. We had a nice run, so to speak, but our time is over. I have also replaced garbage snacks with fruits and vegetables.

AND, of course, I am back on the trails. Broke in slowly with 12 miles the first four days. Found most everything to be in good order, so quickly moved to 47 and 55 miles the last two weeks. Most importantly, I have dropped 15 pounds in 19 days. I have a long way to go and hope to have to do some serious wardrobe purchasing in September or October (maybe I can find some clothes from college). The goal is to return to the form so that if my Grandma Sands were still alive, she’d say, “You look like hell. Let me feed you.”

I am fortunate that my misfortune was only a scare. This time, I am listening. And pass the scotch tape, I’m getting ripped.