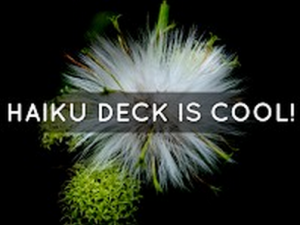 A few weeks ago I was teaching a tablet mobility course in Pensacola, Florida and an agent approached me and asked, “Do you use Haiku Deck?” “No, never heard of it,” I replied.

As you know, for several years I have been on the soapbox preaching the gospel of fewer words and more visuals as a more effective way to present. Evidence shows the visual to be a far superior method when it comes to delivering a message and having it received at the other end. PowerPoint and Keynote have long been the venue for most presentations and have both been maligned as the evil behind boring, terrible presentations. This criticism, by the way, is not valid. The user, not the program, is at fault. It is the user that bypasses the clean visual slide in favor of the bullet-ridden yellow on blue template version. It is the user who upon discovering fancy animations and transitions creates a special effects marvel that fails to deliver the message. And it is the user who chooses to deliver their presentation by reading the overloaded content on the slide. 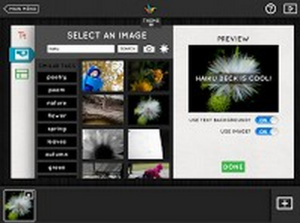 Remember what they say, Bullets don’t kill people, presenters with bullets kill people. PowerPoint and Keynote have subtly endorsed the use of bullets points since their inception. Maybe this is, then, guilt by association. Haiku Deck may be a step in the right direction and a catalyst for simpler, more visual presentations.

Presently, Haiku Deck is an iPad only application and is free. The concept is pure and simple. You create individual slides using text and a picture. Each slide, by design, is limited in the amount of text that can be utilized. No bullet points allowed. The exact placing text on the slide can be varied by the numerous design templates available. Once text is inserted, you have the option to click on the picture icon and select a visual that the Deck recommends. There is also an option to retrieve your personal pictures from a multitude of sources. Once satisfied with a slide, move on to the next. 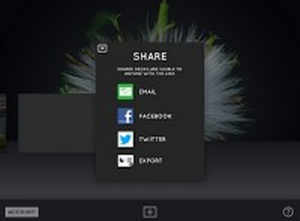 Upon completion of your creation, it can be delivered (as intended) on your iPad. It’s mobile presenting in its simplest form! Other options, however, are available. Your Deck can be “shared” via email, Facebook, Twitter, even imported into PowerPoint (if you would ever do such a despicable thing).

A huge part of any salesperson’s repertoire is the presentation. Haiku Deck has made it easier to design and deliver outstanding visual presentations. Haiku Deck can be downloaded at the Apple App store or visit www.haikudeck.com.

For other presentation information, click on the links below.