“There’s a guy with a red cross over there. Don’t shoot at him.” 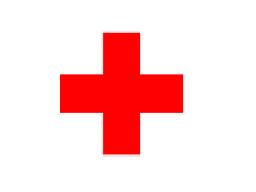 Yes, those are the words of Bill Cosby in his famous Medic routine. I hope no one shoots at me, I feel bad enough as it is.

Last Saturday, on a routine 10 mile run, I noticed a tightness in my right calf. Tight soon became sore and graduated quickly to knotted. I walked the last mile. I knew what it was immediately because this visitor has crossed my path before. It was/is: The Calf Heart Attack.

Over a decade ago, we were introduced. First noticed at the 18 mile mark of the 1993 Long Beach Marathon, it began feeling like a severe calf pull (to be honest, I thought I’d been shot in the calf and having been a Detroiter, I actually checked for blood). I tried to back off – no help. A sub three hour marathon became a 3:40. I visited, over the next six months, in no particular order, an M.D., a chiro-dude, an herbalist, the acupuncture guy and everyone else I could conjure up. Then, I found it. I read John Parker Jr’s article entitled Calf Heart Attack. (the latest version of that article, adapted for The Stick, can be found at http://www.thestick.net/Articles/Calf_%20Heart_%20Attack.htm . By the way, Parker’s remedy worked perfectly, albeit slowly.

The CHA emerged again in 2006, but was head off at the pass in a short time (it was easier then as I was averaging 4 miles a day and had no racing plans). This time, I’m not so sure.

The Savannah Marathon is a mere six weeks and a day away. My training has been going quite well. I felt fully prepared to actually run very well. I have lost nearly 30 pounds. Now, all I’m trying to do is hold on patiently (well, I must confess that I am only cognitively patient. Inside I am angry, sad and a little panicked).

I figured I could take a week to ten days off, and still be okay. Today was Day Five and I’m losing patience (there’s that word again) and hope. While on the ten scale the discomfort might be one point better, that’s not much to get excited about. At any given time I am attached to either an ice bag or the dreaded Stick. The day after yesterday, it actually felt decent until I walked to the mailbox and felt it grab again. Major setback!

And then there is the quest. In the past 46 years, one month, I have logged 99,971 miles. I was supposed to hit 100,000 on a run Tuesday. That run is on hold. The reality is that the 100,000 will come. In fact, my original goal this year was to accomplish the magic number prior to the Mayan Calendar running out in December. I’m assuming that is still a safe bet. Add to that, that I haven’t missed more than one consecutive day of running in the last two and a half years and I’m in trouble! I need my fix!!!

Tomorrow, I will attend the RocknRoll Denver Expo in the hope that it will lift my spirits. I’ll also try a bike ride. That might help as well.

Trying to be patient, but I make a lousy patient. I’d rather be running. Send good vibes and the “P” word.