With the Napa Valley Marathon merely a fuzzy reflection in the rear view mirror (6 whole days ago), I suppose it is time for some careful, yet non-committal planning for what’s next.
In high school and college, the what’s next dilemma was never a dilemma. When you ran a race, the next race was the next race and then the next one was the one after that and then you were on to the next season. It was simple, mostly because the schedule was created by someone else and that same someone else just plugged me in wherever I belonged (and sometimes where I didn’t – like that pesky INDOOR 6 mile I ran once at the Macomb Community College).
Today it’s up to me so I will try to make this decision based, somewhat, on my goals for 2011. There are three major goals for the year: 1) get back to marathoning (by the way….. DONE), 2) qualify for Boston and 3) finish a half Ironman. 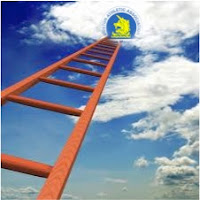 To attain the first goal, I used a two year time period to bring my running into a place of consistency. I did no intricate workouts, no other racing, simply a focused effort to increase the volume of my training to complete 26.2 miles. As stated previously… DONE!

With the weather beginning to soften a bit and spring clearly on the horizon, I will begin to mix in some tempo runs (more on them in a few days in a blog titled Tempo: Not What It Used to Be), and plan a few shorter races. First on the target list is the Platte River Half Marathon on April 10. Maybe the Colfax Half in May and maybe, just maybe, the Bolder Boulder.
On Memorial Day weekend, our pool will open and so the Half Ironman swim training can begin. Let me be perfectly clear about this: Ironman swim training consists of me getting me to the point where I can simply survive through the swim part of the triathlon). My bike, who due to neglect, gave up calling out my name when I would pass through the garage, will be happy to see me again soon (I hate that first ten days of EBBD – that’s Excruciating Butt Bone Discomfort). 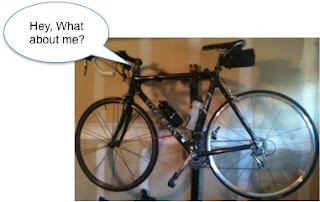 As far as marathons go, I toyed with the idea of the Nashville Country Music Marathon on April 30, but I don’t see that quite as clearly today. The San Francisco Marathon is possible and I am optimistically (?) awaiting the New York City Marathon lottery to see if a return to a 4th NYC Marathon is going to happen (it’s on my 60th birthday this year) in 2011. If not, I will seek another venue for my speedy fall Boston qualifier. Perhaps something in September or early October followed by Vegas or Tucson in December.

Of course, all of this hinges on some upcoming career decisions. Knowing that “the best laid plans of mice and men often go astray,” I remain open, flexible and carefully scanning the road ahead.