“Perhaps We Can Find New Ways to Motivate Them!” 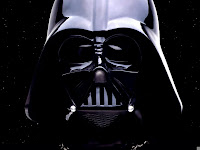 Okay, this has nothing to do with Star Wars, but that’s one of my favorite Darth Vader quotes…
I began running in 1966, the same year Bob Anderson began publishing the Distance Running News (which later gave way to Runners World). If you were looking for stories about other runners or reports on races, it was the DRN and Track and Field News and that was about it (and even then the news was three months old).
These days, Al Gore’s invention of the internet has given us a virtual non-stop feeding of running 24/7/365! And I love it!!!
Just tonight I giggled through a Competitor Radio interview with Alberto Salazar, listened to a second with Shalane Flanagan, watched a Galen Rupp workout on Flotrack and was touched by Carrie Tolefson’s story with Joe Honorowski, 9/11 survivor on the New York Road Runners Daily Cool Down. Tomorrow the NYC Half Marathon will be streamed live online, the LA Marathon will be on Universal Sports and instant results will be available from the World Cross Country Championships (where’s my streaming video from that IAAF??? – or am I sounding spoiled now?).
We blog, we follow running greats on Twitter, we’re friends with elite athletes on Facebook (the first thing I did after Jordan Hasay’s brilliant 3000m NCAA Indoor win was to go to Facebook and tell her she was awesome!) and love the heck out of each other on The Loop, Daily Mile and countless other social sites for runners of all abilities. It has helped me get motivated many times to be able to check the latest video on Competitor.com or watch an impressive Workout Wednesday on Flotrack (my favorites are too numerous too list).
Some of my favorite (and bookmarked) sites are:
Flotrack:                            www.flotrack.org
Running Times:                  www.runningtimes.com
Runners World:                  www.runnersworld.com
Competitor:                      www.running.competitor.com
New York Road Runners     www.nyrr.org
USATF:                             www.usatf.org
Boulder Road Runners:      www.boulderroadrunners.org/
Please share yours…..

Even the best of us runs into a tough workout day or even some of those days we’d rather skip. I can depend on great content from any of these to pick me up when I need a boost.

Better than some dark helmeted tall dude threatening me…