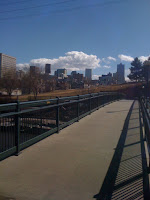 Today was the last long run prior to the Napa Valley Marathon (which is in two weeks). Forecasts of heavy winds altered my route from the Cherry Creek Trail to the South Platte Trail (where I have a nice 16 mile Light Rail run mapped out). It sort of worked!
The first few miles were a little slow and also very easy. I wanted to keep my heart rate under 140 for the run while keeping the pace slightly above projected race pace. In mile five I seemed to hit a nice groove and rode it for almost seven miles. Then trouble came.
The wind, which had been so nicely tucked in behind me, decided to shift rather dramatically. My nice little tailwind became a full on headwind and needless to say the effort changed. I had two options: I could slow and maintain the easy heart rate or maintain the speed at the expense of my now more challenged pump. I chose the latter. 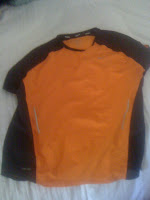 All systems responded well today. I was bio mechanically good all day, my blister seems to be healed and I just felt….dare I say…. good! I broke out the shirt I’ll wear in Napa (had to make sure it wasn’t a nipple biter) and it passed the long run test. After a few less than satisfactory test runs with Gu, the energy gel of the NVM, I went back to old reliable, Power Gel, today. MUCH better! 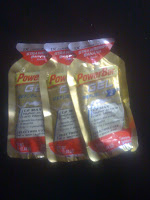 The week ended with 75 miles. Next comes two weeks of decreasing mileage leading to the NVM on March 6. My goal in two weeks is to just finish. I think I could be either side of four hours, but you just never know until it happens. It would take alot for me to be disappointed. Some nice training blocks were planned and accomplished on this road. I’ve lost 20 pounds. All in all – no complaints.