“Trial of Miles. Miles of Trials” 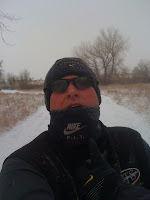 Before I file the 2010 training log, I thought I’d take one last peek. As has been previously written, I ran 2031 miles in 2010. In my 45 years of running, that ranks 25th for mileage volume.
After running 2300+ in 2009 and not missing any days, the goal for ’10 was to remain consistent and continue to build some aerobic fitness. Although I missed 15 days due to a knee injury (actually an accident) and a bout with the flu, I’d say the year was pretty okay.
I didn’t travel as much as usual in 2010, so my out-of-state runs were fewer than past years. My favorite places this year were Mt. Prospect Park outside of Boston (small but pretty with some NICE hills), Lake Quannapowitt in Wakefield, MA (might have been the beautiful sunset that evening), the Chesapeake/Ohio canal trail (always my fave place in DC) and for the first time I really enjoyed my runs in New Orleans. I won’t list my least favorites but there were some BAD ones (usually that happens when I have to stay at a hotel surrounded by heavily trafficked road without even a sidewalk to which I can escape). 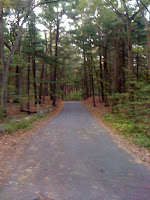 I’ve had some good runs this year. Without a doubt, my best run was my 12 miler in New Orleans. It was meant to be a nice jaunt from downtown to City Park, in the 8 mile range and turned out to be a lot more. Felt good pretty much the whole time and moved along really well. My runs with my sons were always favorites. A 12 miler with Matt (the family sprinter) was probably the run I’d have not predicted at the outset of the year. The Vail Pass run was cool and the sunset run around the previously mentioned Lake Quannpowitt was excellent. 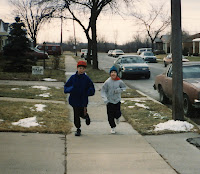 Matt & Ryan running AGES ago
The two best places, are the ones I frequent most, the Cherry Creek State Park (right around the corner) and Wash Park. I love the CCSP with it’s plethora of trail options, especially the Woods. The Woods remind me of my home cross country course in high school (the last half mile in the woods at Elizabeth Park) and parts of Rouge Park in Detroit where my collegiate home course was. 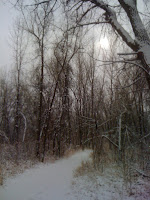 CCSP Woods
Light rail runs were the usual plan for double digit running. Option 1): Drive to the Dayton station, hit the Cherry Creek Path and head downtown (routes between 11-17 miles) 2) the South Platte trail to downtown (routes between 10-15 miles). I like the Light Rail runs as they are point to point and once I get a couple miles out, there’s no turning back. All in all, 22 Light Rail Runs in 2010, the longest were a few 15 milers (have the 17 on the list in a couple of weeks). 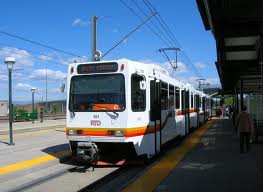 Light Rail, All Aboard!
The best week for volume was 63, the worst was 0 (week of the knee accident). The best quarter, by far, was the last one as I’ve really gotten consistent since committing to the Napa Valley Marathon. The goal this year is 2700 and somewhere in there I’d like to slip in some weeks in the 70’s, maybe even the 80’s (my biggest week ever was 122 back in 1976 preparing for the Springbank race in Canada).