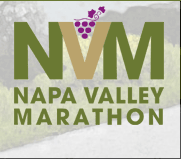 Today’s weather rudely broke our little string of springlike weather here on the Front Range of Colorado. Friday it had been close to 70 degrees (67, I think) and the days book-ending it were in the mid to upper fifties. Last night, however, winter returned. Today is very windy with annoying little flurries blowing around and tomorrow it’s supposed to be extremely cold.
Normally I don’t gripe about the weather (well, except for headwinds). I guess I’m not actually griping now except to say that the weather and my training have not been in synch. Last week was the easy, recovery week. This week is the beginning of my final training block for the Napa Valley Marathon. I would prefer the climate had switched weeks (of course, one could say that I could have switched training, right?).
I nice diversion last week was that www.trackfocus.com was doing a series on Steve Prefontaine during the days around what would have been his 60th birthday. I read some great articles about Pre and it reminded me of some of the people (other than him) who influenced my running career. More on that later.
Anyway, an easy week of 42 miles last week. Three more weeks of buildup and work before two weeks of cutting back. For the first time in a long time, I have absolutely no idea how this marathon will go. There is a part of me that’s okay with that, but most of me (the control freak part) wants to know where I am, how long I can really go and how fast or slow it will be.

The whole idea of this March marathon was simply getting me one under my belt and keeping me focused through the winter months. That has been a resounding success, thus far. The goal of the whole thing is to just finish.

I keep telling myself that.