Bruce Denton and Me 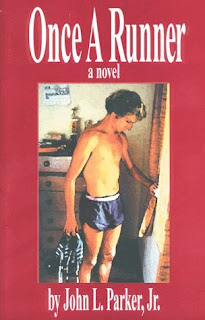 Feeling a bit under the weather today and had this conversation:
Other person: “You ran five miles today. But, you’re sick.”
Me: “How else will I get better. Worst part is that it’s Monday and I’m already behind for the week.”
Reminded me of a scene from my favorite book, Once A Runner. Chapter 6, Bruce Denton.
“On a rainy day in November he was so sick with the flu that his wife, Jeannie, felt constrained to stay home from work to look after him. He threw up regularly and had diarrhea so badly his stomach muscles began cramping. Nonetheless, he arose and ran two eerie miles at a stumbling pace, pale and shivering the whole way. His wife was aghast. Again in the afternoon he repeated the process, this time nearly fainting as he staggered back into the apartment. Dr. Stavius-whose claim to fame was that he had once punctured a blister on the foot of Roger Bannister-stormed into Denton’s sickroom and proclaimed him a madman.
“What crazy?” Denton asked, trying to make his parched lips form a smile. “After today I’m sixteen miles behind for the week.”

Lucky me. Only 5 miles behind.