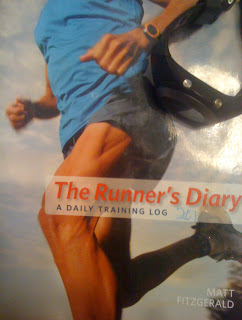 Sometime early tomorrow morning, I’ll pass the 2000 mile mark for the year’s running. There will be no balloons, or bands and Ann Wessling won’t be cheering me in the last fifty yards. Chances are, in fact, I won’t be completely sure when it happens, I’m most often drifting in and out of some pretty profound thoughts during  runs. I will know this: I have had a serious running year.

Quenton Cassidy said it best in Once A Runner, “Everyone likes to think they have their own little corner; it can be anything: needlepoint, lawn bowling, whatever. Some guy may gratify himself by thinking he’s the best fruit and vegetable manager the A & P ever had. Which is fine. It gives people a sense of worth in a crowded world where everyone feels like part of the scenery. But then mostly they are spared any harrowing glimpses into their own mediocrity. Pillsbury Bake-Off notwithstanding, we’ll never know who makes the best artichoke souffle in the world, will we?  In track it’s all there in black and white. Lots of people can’t take that kind of pressure; the ego withers in the face of the evidence. We all carry our little credentials around with us; that’s why the numbers are so important to us, why we’re always talking about them.”


For quite some time, I’ve measured my running the way most of us do, miles. The benchmark for my running being serious was/is 2000 miles in a year. While the exact origin of that number as the quantifiable dipstick of my activity is unknown, I believe I picked because it’s a nice round number. Also examined in the process is number of days run. While I am not Ron Hill, who hasn’t missed a day since December of 1964, I love it when I don’t miss a day in an entire year (my longest streak was just short of 1000 days).

Then of course, there are the times. Times, times, times; to the tenth of a second in the case of many events. Like many of my running buds and budettes, I can recite chapter and verse about my PRs (personal records) for every event from my experiment in the 180 Low Hurdles in tenth grade (set the stage for a collegiate Steeplechase career) to the Pikes Peak Marathon (back when it was 28 miles). And everything in between. Unfortunately my last race was Boston 2001, so I have no recent race times from which to measure my seriousness.


The point is, I know when it’s serious not by some flaky, fluid evaluative system like my mind, I know by the numbers. And the numbers become serious (according to my flaky, fluid mind) at 2000. Or do they?


I began running, and through the guidance of my first coach, Al Pingel, logging my miles since the first day of cross country in 1966. The end result (so far) of this cumulative physical morbidity sits just shy of 95,000 miles. There have been eight years over 3000 miles (was I MORE serious those years) and the best was 3932 in 1976. There were only two years under 1000, my first two years in high school. Two lengthy stretches of non-seriousness occurred between 1986-90 and most recently 2001-2008.

In their book, Marty Liquori’s Guide for the Elite Runner, Marty and/or John Parker (co-author) wrote, “A commitment to serious training means that no matter what else you are in this world – doctor, lawyer, Indian Chief – first of all you are a runner. If you are unable to live up to that standard, your running is not truly ‘serious’ and you can expect your race results to show it.” Having been self/un-employed in 2009 and 2010, and not being the head of a tribe (unless you count Seth Godin’s definition), at least I have qualified as serious in some way.

I don’t know, that’s a little too flaky and fluid. I need some numbers here.